Armenian PM: Had we refused to sign that deal, Gazprom's price would have grown on an annual basis 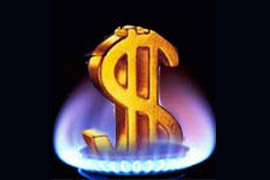 Had we refused to sign that deal, Gazprom's price would have grown on an annual basis, which was unacceptable for us, Armenian Prime Minister Tigran Sargsyan told journalists on Friday.

"It was clear that Gazprom supplied ArmRusgasprom with gas for the price fixed in their agreement, but we were not satisfied with it. So, we asked the regulator for a 30% indexation. As a result, ArmRusgasprom accumulated a $300mln debt, which had to be covered someway. During the talks we agreed to repay the debt on a 50/50 basis. Armenia's share in the deal was its 20% stake in ArmRusgasprom and it was given to Gazprom for $150mln, which is a good price. ArmRusgasprom is not very profitable but now that it will be modernized, we can say that the deal was quite beneficial. We must not be afraid that the tariffs will grow.  The Public Service Regulatory Commission will solve this problem. So, the deal constitutes no threat for Armenia as all of ArmRusgasprom's actions will be coordinated with us," Sargsyan said.

He said that in the last years Iran has kept urging Armenia to stop bartering electric power for its gas and to start paying cash for it.  "They were even planning to raise their price. So, Russia's offer looked more attractive," Sargsyan said.