Pashinyan on the Amulsar project: The most important thing is to  protect the interests of communities adjacent to the field 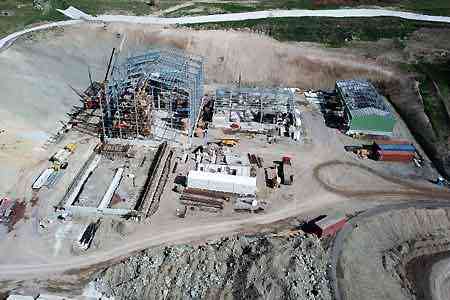 ArmInfo.The most important thing in the Amulsar issue is the protection of the interests of the communities close to the field. A similar opinion was expressed to  the residents of the Jermuk community by the acting Prime Minister  Nikol Pashinyan during his election campaign.

"There are both supporters and opponents of the exploitation of  Amulsar (a gold deposit in Jermuk - ed.  note) in Armenia. And we  must come to a balanced solution. When the government develops a  specific proposal, I will personally come, and we will discuss  everything and give a solution to the issue together taking into  account every detail, "Pashinyan said.

It should be reminded that earlier in an interview with the Public  Television of Armenia, RA Prime Minister Nikol Pashinyan noted that  the most important component of environmental safety remains, and if  it is resolved, than Amulsar should work. He recalled that he had  noted more than once that the development of tourism in the country,  although an important, but not entirely stable segment, especially in  the event of force majeure, such as war, and therefore the country  should have serious sources of foreign exchange earnings. In this  regard, Pashinyan expressed the opinion that the Amulsar project will  most likely be implemented.

It should be noted that the total cost of the Amulsar project, which  is being implemented by Lydian Armenia, is $ 370 million. The life of  the deposit is 10 years and 4 months, while an average of 200,000  ounces of gold are planned to be mined annually. Environmentalists  have voiced their concerns about the project's implementation for a  number of years. Despite the fact that the company has already spent  more than $ 100 million on preparation for production, construction  work at the field was suspended in 2019 due to statements from  representatives of the environmental community. Thus, the project  "hung in the air" for a long time.