Nikol Pashiyan: We will be consistent in international recognition of  Armenian Genocide 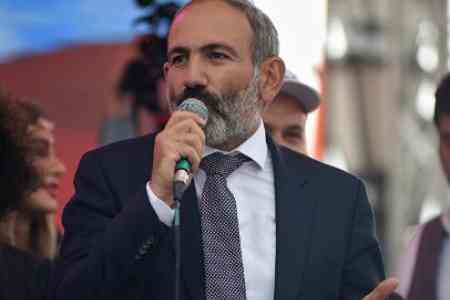 In particular, the message reads: Today, we are paying tribute to the  memory of Armenian Genocide victims. One of the peculiarities of the  Armenian Genocide is that the people subjected to the genocide were  not only physically destroyed, but also deprived of the right to live  in their homeland.

The carriers of the essence of the Armenian culture - intelligentsia  and clergy - were annihilated. It was a huge blow not only to the  Armenian people, its culture and its cultural type, but also to the  human civilization, as whole.

A unique and peculiar layer that was part of the global culture is  irreversibly lost. The genocides of Armenians, Greeks and Assyrians  irrevocably changed the cultural image of the whole region. Was this  not a crime against humanity?

The perpetrators killed our poets, those who constituted our  conscience, the basis of our identity. Therefore, we must  consistently struggle to preserve our essence, our species. If we  commit to oblivion their memory, if we forget about their cultural  heritage, we will betray our essence.

By keeping their memory alive and fighting for justice, we will gain  immortality. Therefore, we will be consistent in promoting the  international recognition of the Armenian Genocide."