Larisa Minasyan: OSF-Armenia  has supported and supports the velvet  revolution in the country 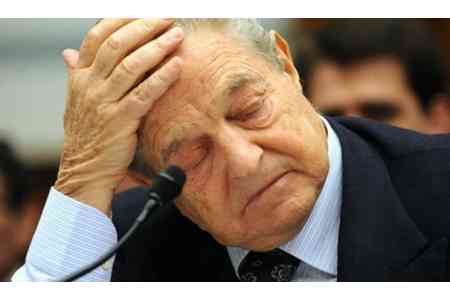 ArmInfo. The Open Society Foundations-Armenia supported and supports the velvet revolution in the country. The Executive Director of the  OSF-Armenia Larisa  Minasyan said this at a press conference.

At the same time, she denied the rumors spread that  some political  processes in the country are backed by the Open Society Foundation,  which receives financial assistance from the Soros Foundation. She  stated that the organization in Armenia is engaged only in  stimulating the development of democracy and will continue to do so.

Touching upon critics of some media and users of social networks  about the Foundation, Minasyan noted that all this is coordinated by  the past ruling regime and the media controlled by it. "They are  doing everything to discredit those forces or organizations that  contributed to the revolution in Armenia. And since the previous  authorities have no more leverage than spreading lies and an  atmosphere of fear, they act by similar methods," Minasyan said.

At the same time, she stressed that it is necessary to exert maximum  efforts in the direction that these forces would not be able to  introduce discord into society, act on its moods and overthrow the  achievements of the revolution. "Otherwise, our society will be  disappointed even more than it was before the revolution," Minasyan  warned.