Spokesman for Artsakh Republic President: Sabotage attacks are not our style 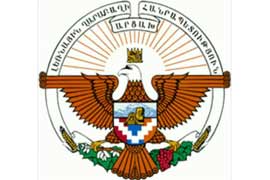 "Sabotage attacks are not our style and the Artsakh servicemen have never resolved problems by such methods", Spokesman for the Artsakh Republic President David Babayan says in a statement.

"In the light of the Azeri media outlets' information about the sabotage attack allegedly mounted near Aghdam, we call on people not to yield to such misinformation provocation and to wait for the official statement of the NKR Defense Army", says Babayan.

According to the Azeri mass media, an Armenian serviceman was taken captive following the Dec 26 attack near Aghdam.

Meanwhile, according to the NKR Defense Army, on Dec 21-27 the Azeri armed forces breached the ceasefire on the Line of Contact of the
Azeri and NKR troops for more than 900 times by firing over 11,000 shots at the NKR combat positions.

At the same time, in the course of reconnaissance and sabotage actions, the Azeri special forces used small arms and mined some sections in the area between the combat positions.