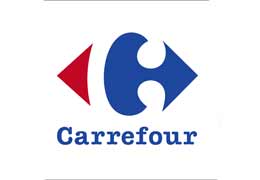 The debates on Carrefour's possible activities on Armenia's retail market are continued. Everybody - experts, NGOs, mass media and government officials – is anxious to know if there will be a Carrefour hypermarket at Yerevan's Dalma Garden or not.

"The Economy Ministry does all it can to support big investors and is doing nothing to prevent Carrefour's entry into the Armenian market," the head of the Ministry's Business Climate Improvement Department Karen Vardanyan said during a press-conference on Friday.

He said that the Carrefour hypermarket may be opened by the end of this year. "The only reason why this process is being delayed is that there are certain problems with the contract, the rent and some other formal procedures. Carrefour is already in Armenia and is already unfolding its business here," Vardanyan said.

He believes that this will be good for the local competitive environment and business and service culture. "It is quite possible that Carrefour will decide to sell local products in its chain or even distribute them abroad," the official said.

Chairman of the Standing Parliamentary Commission on Economic Issues Vardan Ayvazyan does not think that this issue needs so much discussion. "Of course, our retailers are worried as they will have to compete with an experienced global competitor. But we have a law allowing any investor to register a firm in the country," Ayvazyan said, adding that he sees no obstacles to Carrefour's business in Armenia.

Management expert Harutyun Mesrobyan is of a different opinion: "Let's forget about sterile, ideal Armenia we all are dreaming of. Real Armenia is a country where government and business are not separated, where laws are on paper only, where there are no healthy market relations. Our monopolists are simply afraid of rivalry because they are not used to acting by the rules and prefer using privileges and administrative resources," Mesrobyan said.

He believes that the government should protect ordinary business entities rather than oligarchs. "This will be a chance for us to see if they are actually so cool," Mesrobyan said.

French businesswoman of Armenian origin, former advisor of Parisian Surch company Valerie-Aschken Gortzounian said that her working experience in Armenia has shown that here laws are not effective and the state does nothing to protect businessmen.  Executive Director of the Union of Manufacturers and Business of Armenia Eduard Kirakosyan said that Carrefour may gain dominance on the Armenian retail market unless local retailers do something to improve their quality.

Some mass media report that the owner of Dalma Garden Mall Samvel Karapetyan has cancelled his contract with Carrefour and will not lease the mall's territory for a Carrefour hypermarket. And the key person to blame for this, according to them, is Armenian oligarch, importer of essentials, the owner of Yerevan City trade chain, MP Samvel Alexanyan,