Akcam to write a book about Armenian Genocide for Erdogan 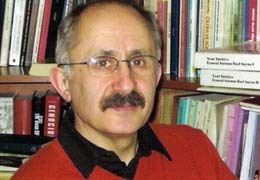 Taner Akcam will write a book about Mustafa Kemal Ataturk's stand about the Genocide and deportation of Armenians. The book will be written for Turkish Prime Minister Recep Tayyip Erdogan.

Taraf daily says that this way Akcam has commented on the statement about Kurdistan Erdogan made in Diarbakir, where the Prime Minister stated that he repeated Ataturk's words and policy against the Kurds.  "In the 1920s Ataturk spoke of resettlement and massacre of Armenians and did not deny the fact of the tragedy the way the incumbent Prime Minister does. I have decided to write a book for Erdogan and gather Ataturk's statements about the developments of 1915", says Akcam.

Taner Akcam is a Turkish historian, sociologist and publicist. He was one of the first Turkish academicians to recognize the Armenian Genocide in Ottoman Turkey.