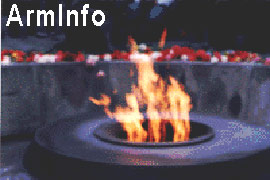 Hay Dat Office of France condemns the December 17 verdict by the European Court of Human Rights (ECHR) saying that denial of the Armenian Genocide by Turkish Workers Party Leader Dogu Perincek is not a crime, bur freedom of expression.  The December 17 decision by the European Court of Human Rights is dangerous and openly prompts a wave of denial in Europe and opens new opportunities for Ankara and Baku. Under veil of 'freedom of expression,' following the example of the French Constitutional Court, ECHR with its notorious verdict damages the rights and human dignity of the Armenian Genocide victims and their successors, the Hay Dat Office of France and Hay Dat Committee for Europe said in a statement.

According to the statement, the public cannot longer find protection in Europe. The given verdict will give power to Turkish radical movements and press the gradually rising voices of justice in Turkey. In addition, the authors of the statement say, calling the Armenian Genocide as "question of a sensitive and controversial nature" the Court seems to favor Dogu Perincek, who had described the Armenian genocide as an "international lie," and complained that Swiss courts had breached his freedom of expression, based on Article 10 covering freedom of expression.

Hay Dat Office in France and Hay Dat Committee in Europe have demanded a meeting with Swiss Ambassador to France over the issue. They call all the Hay Dat offices and committees in Europe and official Yerevan for coordinated efforts against that "campaign." Switzerland has 3 months to dispute the decision.
To recall, European Court of Human Rights (ECHR) adopted a decision saying that the Swiss authorities had breached Article 10 of the European Convention of Human Rights covering freedom of expression when the Lausanne Police Court found Turkish Workers Party Leader Dogu Perincek guilty of racial discrimination on March 9, 2007, based on the Swiss Criminal Code.

The ECHR ruling stated that "the free exercise of the right to openly discuss questions of a sensitive and controversial nature is one of the fundamental aspects of freedom of expression and distinguishes a tolerant and pluralistic democratic society from a totalitarian or dictatorial regime."
The original case emerged from Perincek's participation in a number of conferences in Switzerland in 2005, during which he publicly denied that the Ottoman Empire had perpetrated the crime of genocide against the Armenian people in 1915.
The Lausanne Police Court found Perincek guilty of racial discrimination on March 9, 2007, based on the Swiss Criminal Code.  After a complaint filed by the Switzerland-Armenia Association on July 15, 2005, the court found that Perincek's motives were of a "racist tendency" and did not contribute to the historical debate.

"The Court underlined that the free exercise of the right to openly discuss questions of a sensitive and controversial nature was one of the fundamental aspects of freedom of expression and distinguished a tolerant and pluralistic democratic society from a totalitarian or dictatorial regime," said the official ECHR press release.

"The Court also pointed out that it was not called upon to rule on the legal characterization of the Armenian genocide. The existence of a 'genocide,' which was a precisely defined legal concept, was not easy to prove. The Court doubted that there could be a general consensus as to events such as those at issue, given that historical research was by definition open to discussion and a matter of debate, without necessarily giving rise to final conclusions or to the assertion of objective and absolute truths," added the ECHR release.

"Lastly, the Court observed that those States which had officially recognized the Armenian genocide had not found it necessary to enact laws imposing criminal sanctions on individuals questioning the official view, being mindful that one of the main goals of freedom of expression was to protect minority views capable of contributing to a debate on questions of general interest which were not fully settled," explained the ECHR.

Perincek was handed an aggravated life sentence in the Ergenekon coup plot trial, as part of the Ergenekon network, which was ultimately acknowledged by the court as a terrorist organization that had attempted to overthrow the government.

The ECHR judgment is not final, and may be appealed by any party within a period of three months.