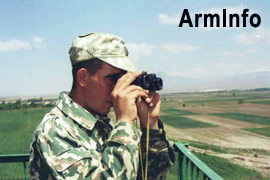 Azerbaijan again initiated an attack in the north direction of the line of contact between the armed forces of Karabakh and Azerbaijan, on 31 July.

As press-service of the NKR Defense Army reported, the guards of the Armenian positions reacted adequately. As a result, the adversary was forced to fall back with a big number of losses. Two Armenian soldiers also died. The investigation in underway,