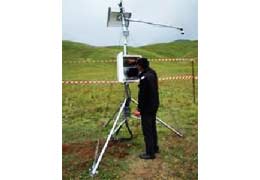 Geoteam has always presented all its
stakeholders with timely and relevant information. We would once again like to
address some issues and concerns around the project to emphasise several
points.

Geoteam CJSC who operates the Amulsar gold project is an Armenian registered
company, subject to all Armenian laws and taxes, and is the 100% owned
subsidiary of Lydian International.

Lydian International is a publicly listed company and the “owners” of the
company are thousands of shareholders worldwide. Anybody can become a
shareholder as the case of any public company listed in the international
market that is the Toronto Stock Exchange (TSX) in our case.

It took Lydian International considerable effort to present Armenia as a
favourable investment destination to major banks and financial institutions
around the world. There are a lot of mining projects   found in more
appealing investment jurisdictions and better known investment environments
such as Australia, Canada, Russia,
Brazil and South Africa. We consider it a big
success to have been able to bring some of these investments to Armenia.
The success of the Amulsar project will open up Armenia to  wider
international investment community thus bringing transparent worldwide
investments into different sectors of the Armenian economy, not just mining.
Trust is the most difficult asset to obtain from investors in these times
of economic volatility worldwide, so we are glad to have won it among reputable
investors. The challenge now for the Company as well as for the country is to
maintain and broaden that trust into the future.

The company is not yet making any cash flow from the Amulsar mine and with
production planned to start in late 2015, we have already invested more than
$50 million into the economy, provided well paid jobs and been involved with
economic activity and tangible social benefits in the region. In fact, thanks
to the project there is now an in-migration in the surrounding villages and
out-migration has reduced since the project began in 2007.

We think it is important to emphasise, that from the financial point of view
the country as a whole benefits more from this kind of a Greenfield project than does the company that
brings the initial investments.  Once the project starts bringing
revenues; that is at least several years from now, the company will get only
around 24 percent of the price of the extracted gold and around the same
amount 22% will go direct to the state budget in form of taxes and royalties.
The rest of the money around the 54% will constitute the capital and
operational expenditures, the bulk of which will again be invested in the
country in the form of salaries, construction and services.

The project’s environmental management plan is an exemplary one, and is in line
with the highest international standards and best practice. Since early
exploration the company has invested unprecedented resources, time and effort
to ensure the Environmental and Social Impact Assessment is carried out by the
best and most reputable international companies and the best available
mitigation measures and environmental management is in place. This is not only
due to the requirements of our major shareholders, IFC and EBRD, but also
because the company is fully committed to building a world-class operation in Armenia.
Our management team has long experience of working in these kinds of projects
in countries like the US, Australia, Canada
and Spain.

The International Environmental and Social Impact Assessment will be finalised
and publically disclosed later this year.

Armenia
warrants having considerable foreign investments and sustainable development of
its mining sector that will benefit the country and the people. Modern
technologies do provide the opportunity for the best environmental management
of mining projects and there are hundreds of examples of this worldwide.

In fact, as early as this week Australia,
one of the leading mining countries in the world was once again ranked at the
top of “Happiest Industrialised Nations” by the Organisation for Economic
Cooperation and Development's Better Life Index for the third consecutive year,
followed by Sweden and
another major mining country- Canada.
This is to emphasize, that if well managed, mining can contribute greatly to
the economy while providing high life standard and best environmental
management. This is what we are committed to demonstrate at Amulsar.