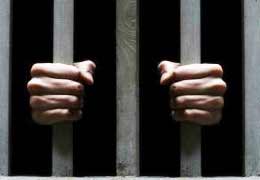 Another businessman from Diaspora George Baghumyan has fallen a victim to the insatiable appetites of Armenian power representatives. Baghumyan died at the Nubarashen penitentiary, his lawyer Mushegh Shushanyan told media, on April 30.

"My client has been under arrest at the Nubarashen penitentiary from Oct 27 2012 up to his death on April 25 2013. We thrice filed petitions for Baghumyan's release on bail due to his poor health. However, Judge of the Center and Nork-Marash First Instance Court Edik Avetisyan rejected all our petitions, which was equal to a death penalty for Baghumyan. In the meanwhile, at his 65 Baghumyan suffered a heart attack, diabetes, high blood pressure and was on the verge of death on the last days of his life. And his victimizers were well aware of his state," Shushanyan said.

He said Baghumyan was accused of tax evasion and illegal keeping of weapons, which was not a reason for his arrest and custody. In the meanwhile, Baghumyan did not receive relevant medical assistance at the penitentiary for lack of medical personnel - there is only one nurse for 1200 prisoners at the Nubarashen penitentiary.

"This is a system problem. It is a shame on the Armenian justice. Minister Hrayr Tovmasyan had better resign after that incident. The leadership of the penitentiary was to transfer Baghumyan at least to the Penitentiary hospital, but did not. All them must be brought responsible," the lawyer said.

Shushanyan believes that the arrest and the criminal case against Baghumyan pursued a goal to deprive him of his property, specifically, an enterprise producing accumulator batteries for the Defense Ministry.  Baghumyan's father founded the enterprise in the course of the Artsakh war.

The lawyer thinks that Baghumyan's arrest was groundless. He said that Baghumyan was accused of tax evasion in the amount of 16 million drams that grew to 41 million drams after various fines, pennies etc.  Considering that all the employees of Baghumyan's enterprise, first of all, accountant Bahan Amiryan, were just witnesses in the case and were not arrested, the lawyer assesses the case against Baghumyan as targeted and biased.

Baghumyan's brother, Serge Baghumyan, says that in the course of the investigation he was demanded a 10 million drams bribe for Baghumyan's release from arrest. He did not name anyone, however. The lawyer Shushanyan, in turn, named some persons indirectly involved in the death of his client. Shushanyan said that he will demand criminal cases against Investigator of the State Revenue Committee Edgard Antonyan, Investigator of the Prosecutor's Office Bagrat Petrosya, Judge of the Center and Nork Marash First Instance Court  Edik Avetisyan and Judge of the Court of Appeal Ararat Petrosyan.