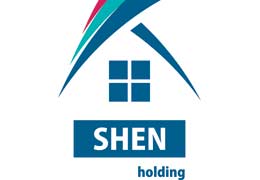 Shen Holding, a major manufacturer of construction materials in Armenia, has expanded its product range with inexpensive water-dispersible paints (W1 series) and latex paints (L1 series), Edgar Arakelyan, Head of Marketing at Shen Holding, has told ArmInfo. He says that all the paints manufactured by the company, both expensive and affordable, are similarly high-quality and eco- friendly paints and that their key difference is the coverage rate.

"We seek to cover all the price segments of the paint market. This policy enables us to enhance the affordability of our products and make them accessible for the customers with different earnings", specifies Arakelyan. He says that the company's new products are already in high demand among the consumers.  "The sales of inexpensive items have already made up 30% of the sales of their expensive analogues. We expect this index to reach 50% by late 2014", he says.
Anna Vardanyan, Corporate Secretary of Shen Holding, points out that the company has managed to reduce the prime cost of the paints owing to the advanced technologies, growth in the local raw materials and launch of a new raw material supply chain. "We have launched direct cooperation with European suppliers and we are working with them without any mediators. Direct supplies have allowed us to considerably reduce the prime cost of the products", she says.

To note, Shen Holding specializes in producing and selling construction materials, including paints, varnishes, concrete blocks, mixed concrete, paving slabs. The company is also active in Georgia. For the moment it is forming its own base of raw materials and has the biggest gypsum quarry in the region. To- date, Shen Holding has created over 500 jobs.