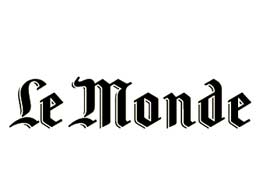 Government of France is expected to put into circulations another bill criminalizing the Armenian Genocide denial in compliance with the French President Francois Hollande's commitments, which he assumed during the presidential campaign, Le monde writes.

According to the paper, this will not be announced officially before the French president's visit to Turkey scheduled for Jan 2014 for diplomatic reasons. Le Monde writes that relevant announcement may be made only in May 2014 when Francois Hollande visits Armenia. The paper reports that the given information was confirmed following the 16 December meeting with representatives of the Coordination Council of Armenian Organizations in France at the Elysee Palace.

This will allow passing the bill on the threshold of the centennial of the Armenian Genocide in the Ottoman Empire, particularly, in April 2015.

To recall, French National Assembly passed the bill criminalizing Armenian Genocide denial in the territory of France in December 2011. The new bill stipulated one year in prison and a fine in the amount of 45,000 Euros for anyone who denies the fact of the Armenian Genocide in the territory of France, which officially recognized the Armenian genocide on Jan 29 2001. Later, in Feb 2012 the Constitutional Council of France cancelled the bill.