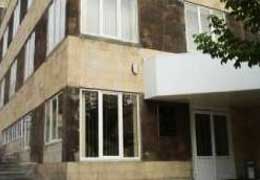 The source says that since 2008 the Control Chamber has regularly been publishing its annual reports for the public and for the National Assembly. "We have tried to present an analysis of the state budget expenditures and state property. It is obvious that owing to the work done by the authorities and due to our remarks (it should not be denied), the number of problems started declining. The distortions in construction output are declining with every passing year. For instance, in 2007-2008 the distortions ranged from 10% to 12%, whereas in 2013 they averaged 0.75%. This fact is a very serious achievement in the construction sector. Does it mean that there are no more corruption phenomena there? Of course, it does not. For the moment, the main problem of the Government-Control Chamber work is the irrelevant interests and construction standards (they are the survivals of the 1960-80s)", says the Control Chamber. It adds that the public will shortly be informed of the possible solutions to these problems.

The document also points out that due to the joint efforts of the Control Chamber and the Government in 2010-2011, the problem of the sale of land at a lower price than the cadastral value was also settled at the legislative level. The problems in the pension field were settled following the inspections conducted in 2010-2012 and by means of efficient and adequate steps of the Government. As a result, the state budget saved about 12 bln AMD. "It is extremely important to make the shortcomings public, not to conceal them and to search for solutions. If the authorities make the shortcomings public, they have enough courage to improve the situation", says the document.