RUEA: EU's statement on refusal to sign Association Agreement with Armenia not final 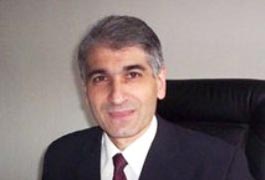 European Union's statement on refusal to sign an Association Agreement with Armenia, including Deep and Comprehensive Free Trade Area, is not final, says Gagik Makaryan, Chairman of the Republic Union of Employers of Armenia (RUEA).

Talking to media on 30 September, Makaryan said that the EU's statements on Russia's pressure on Armenia over Customs Union membership should have become another reason for Europe to continue negotiations with Armenia on the matter.  He said that the Association Agreement contains elements GSP+ preferential regime Armenia joined yet in 2009 and received wide opportunities of introducing local products in the European market. Armenia's GSP utilization rate is high: around 90%.  It provides for a zero duty rate for about 6400 tariff lines. As regards the difficulties of combining two dimensions of cooperation, Makaryan said that it is necessary to change some points in the Association Agreement to bring them in harmony with the Customs Union.

To remind, on Sept 3 in Moscow, Armenian President Serzh Sargsyan confirmed Armenia's intention to join the Customs Union and the process of the formation of the Eurasian Union. Vladimir Putin supported Sargsyan's decision and promised to contribute to Yerevan's accession to the Customs Union in every possible way. Meanwhile, Armenia was expected to initial an Association Agreement with EU, including DCFTA, at the Eastern Partnership Summit in Vilnius in November along with some other countries.