Tigran Sargsyan: Armenian ministers are speaking not only about success 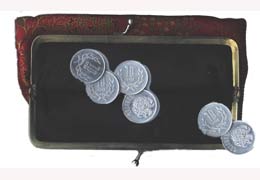 At today's meeting with reporters, when asked about increasing  the poverty rate that reached 30% in 2013 amid ministers' statements about achievements and success in different areas, Prime Minister of Armenia Tigran Sargsyan  assured that the ministers are speaking not only about success but failures and neglects, but the experience shows the opponents are not ready to hear that.

"The problem of poverty is one of the main challenges of our party and the government. We have failed to create middle class that is the engine of any society.  The poverty threshold has reached 20,000 AMD, and no one can live for this money. The number of socially disadvantaged exceeds 32%," he said and added that the main task is to solve the problem of unemployment.

"The government is targeted at creation of jobs providing a salary of at least 150,000 AMD. We had the courage to declare that the government bears responsibility for creation of jobs. We have developed an industrial policy together with the private sector.The second main problem is availability of education. From now on, lack of financial resources must not be an obstacle to getting education," he said and added that the state guarantees every person to get education and 4,5 thsd young people have already got it.