Aliyev believes that unlike the West, Russia can insure him against Maidan 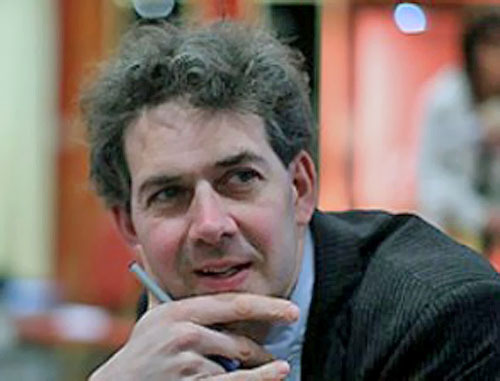 What prospects does the Nagorno-Karabakh peace
process have for 2015 considering the all-time high tension on the
Armenian-Azerbaijani border and no progress in the peace talks in 2014?

I am very
sorry but in 2015 the situation over Nagorno-Karabakh will hardly be better
than in 2014. This year's tension was a logical result of the parties'
past years' activity to militarize their contact line. The Azerbaijani
authorities deem it necessary to remind the world from time to time that some
of their territories are occupied, and they do it by breaking the cease-fire
regime and causing certain instability. In their turn, the Armenians see it
proper to demonstrate their military strength to the enemy. All this is bad for
the cease-fire regime and the peace talks, especially as this is happening amid
the geopolitical crisis in Ukraine. The Minsk Group is on its last legs, so,
the best the parties can hope for in near future is periodic meetings of the
Armenian and Azerbaijani presidents – something that has little to do with real
peace talks.

In 2015 Azerbaijan
will spend 18% of its budget or $5bln on military purposes. How expedient is it
for the Kremlin to continue its arming policy with respect to Armenia and
Azerbaijan considering the fact that for people in Armenia this remains the
thorniest issue?

Russia's current policy on its neighbors neglects their
interests and moods. This is also true for traditionally pro-Russian Belarus,
Abkhazia and Armenia. They in the Kremlin are acting as if they are still
living in the 1990s. They treat Armenia as if it is already in their pocket and
they already can improve relations with Azerbaijan. Unlike the ruling regimes,
people in both Armenia and Azerbaijan are very suspicious of Russia's attempts
to enlarge its influence in the Caucasus. In this light, many regional centers
are waiting for the Russians to become weaker so as to be able to go back to a
multi-vector policy.

Russian-Turkish relations have risen to a
completely new level, which looks as all but economic cooperation in the light
of the global confrontation between Russia and the West. What can this progress
bring to Russia and Turkey and also to Armenia and Azerbaijan?

I think it is still early to speak about a radically new
stage of the Russian-Turkish relations. Energy is a special sector, which does
not determine general relations. Certainly, President Erdogan and Putin found
common grounds on several issues, but the relations of both of them with the
West have worsened. As for the other important issues, for instance, Syria and
Crimea, the positions of Moscow and Ankara are absolutely different. The expert
emphasized that the traditional Russian-Turkish confrontation on the Caucasus
has not disappeared and still remains with all its consequences.

What are the reasons for growing repressions
against journalists and human rights activists in Azerbaijan? Have they
anything to do with the Nagorno-Karabakh peace process?

I think they have nothing to do with the Nagorno-Karabakh
peace process. Even though pro forma the motive for the arrests of Arif and
Leyla Yunus and Rauf Mirkadyrov was their cooperation with Armenians, it was
just a pretext. President Aliyev just used the moment - when the world was
focused on Ukraine - to get rid of his internal opponents. One more reason is
that after eleven years as president Aliyev has very few good advisers left. He
is acting as many other long-term leaders generally do: after so many years in
power he has gotten very far from his people and therefore is acting quite
emotionally and unpredictably. Azerbaijani President Ilham Aliyev seems to
believe that unlike the West, Russia can give him guarantees against a Maidan
in his country.