The process of consolidation on the Armenian insurance market continues 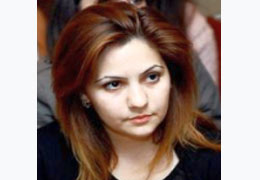 XPRIMM: Starting 1st January 2013 a system of bonus was introduced, and starting January 1, 2014 - one of malus. Was this system accepted by the insurance market? What has been the total amount of bonuses granted to disciplined drivers? What are the expectations of the market since the introduction of this system?

Elita BABAYAN: The bonus-malus system, or rather one of its components ("bonus") applies to contracts signed after December 31st, 2012. Thus, the system is already functional in Armenia; however, many drivers are still lacking knowledge about its details.

According to estimates by the Executive Director of the Motor Insurers' Bureau of Armenia, Anna VARDIKYAN, full implementation of the "bonus-malus" (BMS) in the next few years will lead to a reduction of the number of undisciplined drivers in Armenia by 6-10%.

The system, according to the Bureau will indirectly affect the behavior of drivers that pose a potential threat to the life and health of citizens, forcing the first to be more disciplined. "Bonus-Malus" also prevents fraud in the field of MTPL.

Since the date of implementation of the "bonus" component, the total amount of bonuses (3% of the premiums) issued to disciplined drivers amounted to about AMD 350 million.

With the introduction of the "bonus-malus" system, insurance companies are expecting to "save" the unprofitable MTPL segment, which seems to be very unlikely to independent insurance experts, given the presence of a number of unresolved problems related to the system of vehicle inspection, which in Armenia is considered to be very bureaucratic. It should be noted that the "bonus" of conscientious drivers will grow annually, and its maximum size reaches 50% of the insurance premium for a specific driver.