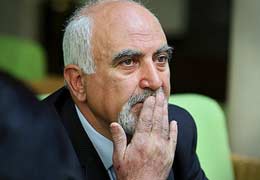 "I agree with Hayrikyan that the attempt was organized by the Russian imperialists. Vartan Ayvazyan is not the key actor here but just a link of a big chain," Yeghnukyan said.

Hayrikyan's lawyer Levon Baghdasaryan said that he would do his best to find and punish those guilty.