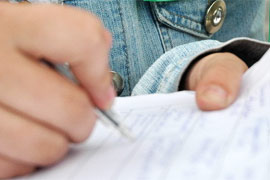 Parliamentary opposition forces, Heritage, Prosperous Armenia, ARFD Dashnaktsutyun and Armenian National Congress parties, have launched a signature campaign for an extraordinary meeting to discuss the situation in the country in the light of the latest attacks on oppositionist MP Aram Manukyan and some Artsakh War veterans.

The oppositionist parliamentarians boycotted the Government-initiated meeting of the Parliament. They managed to persuade the parliament majority, the ruling Republican Party of Armenia, to come out with a joint statement on the above incidents.

Yerevan Police have detained Arshak Svazyan (born in 1973) suspected of beating Aram Manukyan. MP Aram Manukyan was beaten up in front of his home entrance in the evening on 11 December. ANC representatives claim the authorities are behind the incident.