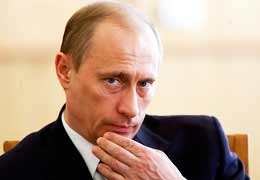 He said that the latest anti-governmental manifestations in Istanbul and other big Turkish cities were organized by external forces that were displeased with Erdogan's refusal to war against Bashar Assad.

"Actually, Damacus's seizure was planned for December 2012 with Erdogan to have had the key role in it.  However, negotiations were held between Putin and Erdogan at the given period of time and I think Turkey certainly changed its stance after those negotiations. I'd like to see the reasonability reigning in the Turkish elite in order the latter refrains from participating in the anti-Syrian plots," the politician said.

Panarin shares the view that one of the targets for the Turkish mercenaries warring on the side of the Syrian terrorists, the so-called armed opposition, is the Armenian community, the successors of the Armenians that survived the Armenian Genocide in Ottoman Turkey in early 20th century.

"I think it is a delicate global game. The Islamic extremists are killing first of all the Christian population, both the Catholics, who number nearly 2 million people in Syria, and Armenians," he said.