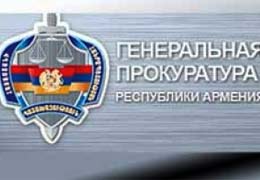 It is impossible to speak of the well-being of all Armenian citizens today because of the closed borders, unfriendly neighbors, complicated geopolitical situation, etc., Gevorg Kostanyan, a candidate for prosecutor general of Armenia, said in his today's speech.

In the meantime, Kostanyan thinks that justice is the sphere that should not have obstacles in the way of success. Since 2004, when Kostanyan was Armenia's representative to the European Court of Human Rights, the Court has delivered 40 verdicts against Armenia, of which 36 concerned violations related to fair proceedings and the right of integrity. These verdicts cannot help causing concern, Kostanyan said.

Kostanyan stressed the importance of reforms in the judiciary system and the need to apply new approaches based on the respect of human rights. "I promise that we will be open in solving the problems existing in the field. But our efforts are not enough. This must be done by the whole society," Kostanyan said.
On Sept 26 Armenian President Serzh Sargsyan nominated Gevorg Kostanyan for the post of Prosecutor General of Armenia. The six-year term of incumbent Prosecutor General Aghvan Hovsepyan has already expired.