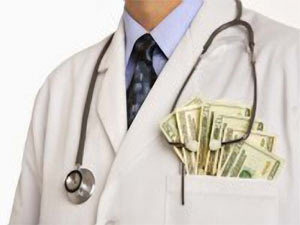 Almost half of patients in Armenia still pay for intensive cure services even though they are free of charge, says an analysis of the health care service co-funding program.  The program was launched in Feb 2011 to help socially disadvantaged people to pay for first aid and some other medical services.

While presenting the analysis, Karine Harutyunyan from the Economic Development and Research Center (EDRC) said that 23% of the program's beneficiaries still pay unofficially for the services. "The problem is that only half of them are aware of the program," Harutyunyan said.

Another EDRC representative Yelena Mankyan said that 72bln AMD will be budgeted for health care in 2013. This is 10.5% more than in 2012 but the greater part of the additional money is to be provided by the World Bank under its second program to modernize Armenia's health care system.

Manukyan said that the growth in the budgetary financing will not be seen because of growing prices in this sector.

"The only way here is to substantially increase budgetary financing in 2014 and to launch a program to make health care services better and cheaper," Manukyan said.

The survey has been carried out by EDRC and OXFAM.