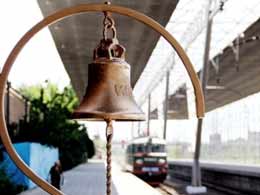 The consistent increase in wages of railway workers is one of the main components of the social policy of SCR which Company does not consider a costly mechanism, but as an investment in the future successful development.

SCR social program supposes work in several ways and includes the organization of education, training and retraining of employees, free medical service for the personnel, their families and veterans, leisure for employees and their children, participation in charity events and sponsoring a number of schools.
Also, the employees of the railway are given a single financial assistance of 5 minimum salaries at a birth of a child, another financial
Also, employees of the railway is a one-time financial assistance of $5 minimum salaries at the birth of the child, financial assistance is paid for the child to enter the first class, as well as the anniversary of the employee.