Gallup International Association: bank VTB (Armenia) -the best bank of Armenia 2013 according to the poll 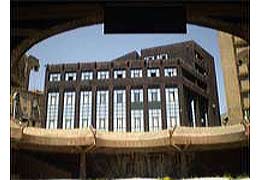 Bank VTB (Armenia) has been recognized as the best bank of Armenia in 2013 in a poll carried out by Gallup International Association official representative in Armenia, the bank's press office reported.

The poll was conducted in October 2013 and covered all communities of Yerevan and Armenia's regions. A total of 1,067 respondents participated in the survey.  When asked "services of which bank you use", the  majority of respondents pointed to Bank VTB (Armenia) and highest number of respondents said they will advise the bank to their friends.

It is a great honor for Bank VTB (Armenia) to be the best in a poll by Gallup International Association, Gusev said adding they appreciate Armenian population's confidence. The achievements are  made owing to everyday efforts of the bank's staff, he said.

Director of Gallup International Association office in Armenia Aram Navasardyan said the success should be considered a step toward ongoing improvements of the quality of services to meet the growing population demands. Navasardyan congratulated the management and the staff of the bank on the achievements and wished them to always be on the peak of success.

Bank VTB (Armenia) closed joint stock company became a member of VTB financial group in April 2004. The second biggest Russian bank, Bank VTB ojsc is now the full owner of Bank VTB (Armenia). The bank is among leaders of Armenian banking system in a number of basic indicators. It currently has the biggest network in Armenia - 67 branch offices across the country.