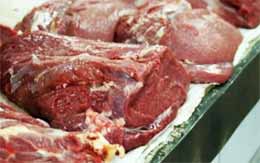 Candidate for the prosecutor general of Armenia Gevork Kostanyan promised in the Parliament on Monday to punish those guilty for the supply of buffalo meat to servicemen.

In response to MP Lyudmila Sargsyan's questions why those arrested for this crime have been set free, while the former Deputy Chief of the General Staff of the Armenian Army Arshaluys Paityan was not even arrested, Kosyanyan urged the MPs not to make a row about this case.

He said that the supply was not a crime as such, simply, the meat was sold at a higher price as beef. "So, this is simply a case of fraud.  But whatever this case is, those guilty will be punished," Kostanyan said.

As regards the director of the company that produced the meat Albert Ogajanyan, Kostanyan said that he was not set free, simply, his level of restriction was changed because of his poor health.