Economist: In face of economic sanctions against Russia, it is necessary to speed up the process for creating Eurasian Economic Union 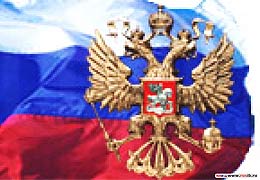 One of the goals of the West's sanctions against Russia is to curb the Eurasian Economic Union project, well-known Armenian economist, professor Tatul Manaseryan told ArmInfo on Wednesday.

He quoted former US State Secretary Hillary Clinton as saying once that the United States would not allow the revival of the USSR whatever form it might have. "So, now that the West has imposed sanctions against Russia and China has become a new center of force, the countries wishing to create the Eurasian Economic Union must speed up this project so as to be able to push their common interests and competitive advantages," Manaseryan said.

The expert does not rule out the possibility that the delay in Armenia's joining the Customs Union and the silence about the Eurasian Economic Union have been caused by the crisis in Ukraine. "But this crisis may prove to be long-lasting, and so, we must not waste time to the delight of certain forces. Of course, economically it is not easy to jump from the lowest level of integration – the free trade area – to the highest one – the common market – but the situation is urging the parties to show political will and to urgently jump towards a new global center of force," Manaseryan said