Preparliament of Armenia advocates setting up an alternative representative body 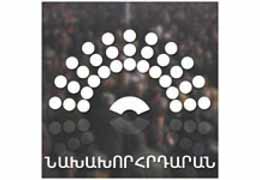 Armenia faces the risk of losing its statehood, the Preparliament says in a statement.

"It is proved by the current situation of the four basic parameters of legal existence - resident population, certain territory, own government and the ability to establish relations with other states", says the statement.

The Preparliament points out that in the case of Armenia the resident population is declining due to the large-scale migration. In addition, the territory of Artsakh may be lost; a regime betraying its people's interests and serving the foreign forces operates instead of a Government, and, actually, there is no opportunity to establish relations with other states, because Armenia obeys the foreign forces in all strategic issues.

The statement says that the democratic, socio-economic and other aspects of Armenia's reality demonstrate that the loss of statehood is fraught with real threats of annihilation of Armenians and loss of the last Armenian territory. The Preparliament points out that the function of the guarantor of the state's legal existence is performed by the state's "own government", but the ruling regime in Armenia is a criminal organization that has usurped the people's power and turned the state governance into a tool serving their own interests and the interests of foreign forces. "The final evidence of this was the ratification of the shameful Armenian-Russian agreements violating the sovereignty of the state. The agreements were ratified by the Parliament which is to represent the political will of the nation", the statement says.

The Preparliament calls on all the healthy political and civic forces to immediately join forces to set up an alternative body - a Constituent Parliament of Armenia, which will further set up a Transitive Government to liquidate the criminal regime and implement the political will of the people.