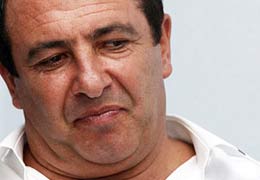 A Yerevan-based 168-Zham newspaper reports that after Tigran Sargsyan was appointed Prime Minister of Armenia, business representatives of the Prosperous Armenia Party have been making efforts of reconciliation with him. In the meanwhile, the political wing of the party offers a tougher political course, for instance, Vartan Oskanian offers joining the opposition, the paper writes.

According to the source, Leader of Prosperous Armenia Gagik Tsarukyan still prefers the "neither authorities nor opposition" version. To reconcile the conflicting parties, G. Tsarukyan will shortly declare that he is ready for the parliamentary elections of 2017 and the presidential elections of 2018. To sound more convincing, Tsarukyan will have to explain why he did not run for president in 2013 and substantiate the expediency of running for president in 2018.