EIF Director: A total of $10mln needed for multilateral investment program to create a national software laboratory in Armenia 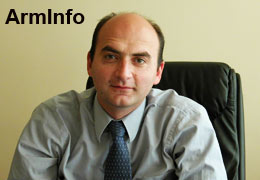 A total of $10mln is needed for the multilateral investment program to create a national software laboratory in Armenia, Director of the Enterprises Incubator
Foundation (EIF) Bagrat Yengibaryan said in an interview to ArmInfo.

"Some software companies have already agreed to provide funds for the program. Now we are planning to negotiate with international donors," Yengibaryan said.

He said that the laboratory will train as many as 2,000 specialists a year.

Yengibaryan said that an Armenian National Engineering Laboratory will be opened on the basis of the State Engineering University of Armenia in the next few weeks to train an average of 1,500 specialists a year.

He said that this project was financed by National Instruments from the United States ($1.5mln), the Armenian Government ($350,000), the State Engineering University of Armenia ($650,000) and USAID.

Yengibaryan believes that the laboratory program should be sponsored by several companies as software programming has lots of fields and no company - big as it may be - can cover all of them.