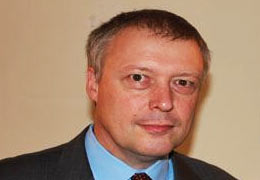 At a press conference on Monday, the UK Ambassador to Armenia Jonathan Aves called on the Armenian authorities to come out with clear and more specific proposals on Armenia's priorities in the further cooperation with the EU.

He said that Armenia and the European Union are discussing the situation following Serzh Sargsyan's statement about Armenia's decision to join the Customs Union. He added that the EU is trying to find the right format to promote the Armenia-EU cooperation.

Ambassador Aves thinks that the EU will respond to the statements of the Armenian Government members who say that Serzh Sargsyan's statement have not changed their intention to have close relations with the EU. He stressed the importance of the fact that both parties have the desire to promote their relations. In the meantime, the UK Ambassador pointed out that the Sept 3 statement of Serzh Sargsyan caused astonishment and even disappointment among the Ambassador's colleagues from different countries of the EU.