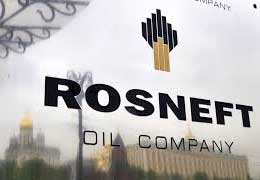 Rosneft is ready to invest in 400 mln USD in construction of a tyre plant in Armenia, Prime Minister of Armenia Tigran Sargsyan said at the Dec 27 press conference.

He said that the tyres will be made of rubber, and rubber production will be re-launched at Nairit Plant.  (Due to financial problems, Nairit has been idle since 2010 - editor's note). Pirelli (Italy) will also take part in the creation of the new enterprise. The Premier added that Armenia is currently negotiating on creation of the new plant and on redemption of Nairit's debts.

It was reported earlier that in October 2013 Jacobs (UK) competed the environmental audit of Nairit Plant CJSC, the sole rubber manufacturer in the CIS. The audit was commissioned by Rosneft (Russia), which is gong to re-launch butadiene technology of rubber production at the Armenian chemical plant. To recall, the Plant used the butadiene technology of rubber production in the 1970s. In the 1990s it switched to the acetylene technology. The Plant has been idle since 2010. The design capacity of the Nairit is 9-10 thsd tons of acetylene rubber and 25-26 thsd tons of butadiene rubber per annum.