Up to 45% of Armenian citizens are potential emigrants 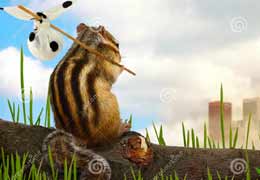 43.3% of Armenian citizens are potential emigrants, the head of the "Sociometer" sociological centre, Aharon Adibekyanm said at today's press-conference, The public opinion poll held among 4400 adults in 100 settlements of Armenia are evidence of it.

According to the survey, the emigrant moods were obvious most of all in the Kotayk, Aragatsotn, Shirak, Vayots Dzor and Ararat regions of Armenia. So, 61,5% of respondents in Koyak are potential emigrants, 51,1% - in Aragatsotn, 50% - in Shirak. 14,8% of respondents from Vayots Dzor  have already decided to leave the native land, 8,9% - from Aragatsotn and 7,7% - from Shirak.

He also added that the roots of such a complex situation should be looked for in the social and economic situation in the country. He said that there are families in the regions of Armenia with a monthly income per capita 20-25 thsd AMD ($50-60), which is very much low, taking into account the growing expenditure for utility.