Financial protection is one of the weak links of Armenia's health system: World Bank's Report on Health in Europe and Central Asia 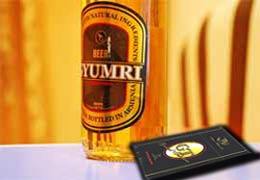 Key government officials and policy makers dealing with health care issues in Armenia discussed main findings of the new World Bank report "Getting Better:  Improving Health System Outcomes in Europe and Central Asia". According to the report, the progress in health outcomes in countries of Europe and Central Asia (ECA) has been among the slowest in the world over the past fifty years. The report makes recommendations to improve health outcomes, ensure proper financing, and strengthen institutional arrangements in order to enhance the health systems in the region.

The life expectancy gap between ECA and Western Europe has widened significantly since the 1960s, while other middle-income regions have caught up and overtaken ECA. Armenia did better before 1990 than it has since. Very recently, trends have started to improve in a larger number of countries, but full parity with Western Europe is still a long way off.

"The major cause of the populations' ill health in ECA is heart disease," said Owen Smith, World Bank Senior Health Economist and co-author of the report. "These conditions account for over half of the life expectancy gap between ECA and Western Europe. The predominance of cardiovascular disease across the whole region represents an obvious target for policy action."

In Armenia 50% of men are regular smokers. Preventive actions targeting major risk factors are necessary for reducing cardiovascular disease mortality. Among the most important of these are tobacco and alcohol use. In Armenia, addressing cardiovascular disease mortality will require a combination of higher tobacco taxes, better control of high blood pressure through primary care, and measures to improve the quality of care at all levels of the health system.

The report suggests that both prevention and treatment must play a central role in the future health agenda in countries across the region, in particular through wider implementation of cost- effective measures.

Financial protection is one of the weak links of Armenia's health system, as a significant proportion of households face the risk of impoverishment due to high medical bills, while the level of inequality in access to health care between rich and poor is one of the highest in the Europe and Central Asia region. Improving financial protection will require some combination of expanded benefit packages, better targeting of health programs to vulnerable groups, and measures to reduce informal payments.

"The economic crisis forced half of the poorest households in Armenia to decrease spending on health care," says Jean-Michel Happi, World Bank Country Manager for Armenia. "To ensure that better health care is financed in a way that does not impose an excessive burden on households, we are supporting the country in improving better targeting of the services to the poor through support to disease prevention and control, while increasing the efficiency of government health spending."

According to the report, there is no single ideal health system model or "recipe" for achieving better outcomes. Although Armenia has made important progress on many aspects of the institutional agenda in recent years, much remains to be done, especially with regard to strengthening the accountability of health care providers and achieving a higher degree of pooling health care resources. One of the suggested ways for strengthening the institutional arrangements that govern health systems is by adopting some key "ingredients" that are common to most advanced countries, but still absent in much of ECA.

Talking to media, Saro Tsaturyan, Head of the State healthcare Agency, Armenian Healthcare Ministry, said that with the support of the WB Armenia is going to implement a project aimed at prevention and screening of three non-infectious diseases that are most common reasons of death: diabetics, cancer, and cardiovascular disease. Starting 2014 and within the following 3 years the population in Armenia will undergo screening for early detention of the above diseases and more productive treatment.  According to the WHO reports, life expectancy in Armenia is 73 years. The lowest indicator
was registered in Kazakhstan (68.7 years) while the highest is in Switzerland (82.2 years). Armenia is on the 34th position in tern of life expectancy in Central Asia and Eastern Europe.