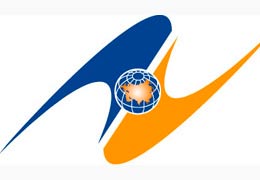 Armenia has been the key military-political and geopolitical Eurasian border since the times of the Russian Empire. Therefore, Russia's strength is a logical result of its military and political power. The special thing about this is that Armenia is Russia's strategic ally and strengthening of one of the allies makes the other stronger as well. The statement came from Artur Atayev, senior research fellow at the Russian Institute of Strategic Studies, in an online interview in response to ArmInfo's question about Russia's growing military presence in Armenia.

"Maintaining the state of the Karabakh conflict amid ongoing geopolitical, military and political developments in the world is already a success. This is a situation of stable instability. There is no alternative so far. To maintain at least this situation, Moscow's will is required. Armenia's accession to the Customs Union, is a factor that will reinforce Russia's position in Armenia and the vice versa. So, we can see a mutually advantageous cooperation here," the expert said.
At the same time, Atayev sees some objective reasons for Azerbaijan to access the CU, given the sustainable trade and economic relations of that country with Russia. The expert believes that the problem with Baku's accession to the CU is its sustainable economic growth due to the oil resources. Consequently, if Azerbaijan decides to negotiate for accession to the CU, that step will pursue just political goals.

"In conditions when the CU is growing into an attractive transnational project, it is quite realistic. Even Turkey and India have expressed an intention to join it, so why Azerbaijan shouldn't do it?" the expert said.

Joint online press conference of experts from various countries for Armenian, Azerbaijani and Georgian mass media on the relevant problems are organized within the project "Expansion of knowledge of Armenians and Azerbaijanis about each other and confidence building through first-hand information". The project of the "Region" Research Center (Armenia) and Peace and Democracy Institute (Azerbaijan) is supported by the British Embassies in Armenia and Azerbaijan.