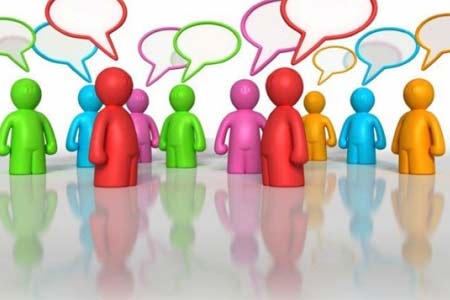 ArmInfo.59% of the respondents in Armenia consider the defeat in the 44-day war as the biggest failure of Nikol Pashinyan's government. These are the results of a  study conducted by the Caucasus Research Resource Center (CRRC).

So, when asked what, in your opinion, was the biggest failure under  the rule of RA Prime Minister Nikol Pashinyan in Armenia in the  period from 2018 to 2021, 59% of respondents mentioned the defeat in  the second Karabakh war, 14% - insufficient diplomatic efforts to  prevention of the war around Nagorno- Karabakh, 3% - the weakening of  state administration and the constant change of personnel, 2% -  unfinished high-profile trials (for example, around Robert  Kocharyan), 14% - gave other answers. Another 6% of respondents did  not see failures in Pashinyan's policy.

At the same time, in response to the clarification about the biggest  achievement under Pashinyan's rule, 12% of respondents said they were  inspired by hope for the democratic development of Armenia in 2018.   Another 11% consider the reduction of corruption to be the biggest  achievement, 8%mentioned the strengthening of democracy, 6%-  elimination of the enironment of fear and ensuring the realization of  freedom of speech, 6% - development of infrastructures, and  especially the construction of roads, 4% - holding free and fair  elections, 11% - other answers, another 43% did not see any  achievements.

According to respondents, during the government of third President of  the Republic of Armenia Serzh Sargsyan in 2008-2018, the greatest  achievement was political stability(8%), another 3% mentioned foreign  policy, 2% - improvement of the business environment, 16% - gave  other answers, and 72% think that there were no achievements.

At the same time, the April war of 2016 and some territorial losses  of the Republic of Armenia (there were no territorial losses of  Armenia - ed. note) are considered the biggest failure under Serzh  Sargsyan - such an answer was given by 21% of respondents. At the  same time, 16% of the respondents mentioned the increase in poverty  and the outflow of the population, 11% - the lack of desire or the  impossibility of a political settlement of the Karabakh conflict, 8%  - the spread of corruption, 5% - the abuse of human rights, 4% -  uneven economic growth, 4% - the weakening of public administration  and an increase in internal discontent (the capture of a regiment of  teaching staff), 2% - lack of communication with society, 23%- other  answers. Another 6% of respondents did not see failures in Sargsyan's  policy.

At the same time, 31% of respondents said that economic growth is the  greatest achievement during the government of Second President of  Armenia Robert Kocharyan in 1998-2008, , 3% - high rates of  construction, 2% - peace and border security, 1% - complimentary  foreign policy, 1% - strengthening ties with the EU, 1% - expansion  of public services, 7% of respondents gave other answers, and 51% did  not notice the achievements.

And 22% of the respondents mentioned the terrorist attack in the  country's parliament on October 27, 1999, as the biggest failure  during Kocharyan's rule. 13% mentioned the bloody events of March 1,  2008, 12% - the withdrawal of Nagorno-Karabakh from the negotiating  table, 10% - the transfer of state property to Russia in exchange for  debt, 6% - violation of human rights, 5% - an environment of fear and  lack of communication with society , 23% - other answers, another 10%  did not see failures.

And 24% of the respondents mentioned the victory in the first  Karabakh war as the greatest achievement of first president of the  Republic of Armenia Levon Ter-Petrosyan in 1991-1998, 20% - the  declaration of independence and international recognition of the  Republic of Armenia, 1% - the liberalization of the economy, 4% -  other answers, another 51% did not see any achievements.

the energy crisis and food shortages was mentioned as the biggest  failure of Ter-Petrosyan's policy - 31%, another 25% called the  economic collapse, 13%-the inability to politically consolidate the  military victories in Nagorno-Karabakh and the final solution to the  conflict, 7% - the ungovernability of the country, 4% - the spread of  corruption, 17% other answers, another 3% did not see failures.