Armenian-Russian mass media conference to be held in Yerevan 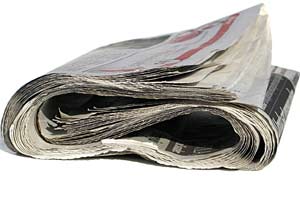 The Armenian-Russian mass media conference "Cooperation development in the context of integration processes at Eurasian area" will be held at the Moscow Culture and Business Centre "Dom Moskvy", on 20-21 December in Yerevan.

As press-service of "Rossotrudnichestvo" representation in Armenia reported, representatives of the leading Russian and Armenian news agencies will take part in the conference. The following topics will be discussed in particular: mass media as one of the key instruments of soft force and people's diplomacy; the role of mass media in development of the Russian-Armenian relations; the state of Russian mass media in Armenia, etc.

The conference was organized by the Department of Foreign Economic and International Relations of the government of Moscow, the State unitary enterprise "Moscow centre for international relations", Moscow Culture and Business Centre "Dom Moskvy" in Yerevan under the patronage of Russia's Embassy in Armenia.

By the results of the conference, a press-conference will be held at "Dom Moskvy", on 21 December, at 12:00 PM.