Expert: Nazarbayev's statement was not an attempt to prevent Armenia's accession to Customs Union 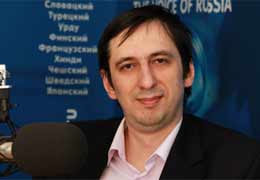 "He just said that there is an unsettled problem of Nagorno- Karabakh and that this problem causes uncertainty with borders.  He just mentioned the problem everybody is aware of. I think Kazakhstan will make a proviso concerning Armenia's accession road map. Such provisos are not rare but seldom prevent the realization of the agreements they refer to," Areshev said.

He does not think that Kazakhstan's close economic ties with Azerbaijan might be the motive for that statement. "There are lots of factors. Kazakhstan is a very complex country, just like Russia. They have a lot of opponents of integration. I think this is just alignment of positions," Areshev said.

At the Moscow Session of Eurasian Economic Council on 24 December Nazarbayev said his country is ready to sign the "road map" on Armenia's joining the Customs Union but with special opinion as it requires to explain the problem about the borders of the Customs Union because of the Karabakh conflict.-