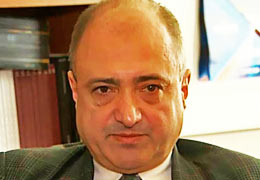 Mr. Kolarov, do you think it is possible
to draw a parallel between the past Bulgaria-Macedonia relations and the
current Armenia-Artsakh ones?

On 2 August 1903, in the territory
of present-day Macedonia and Northwestern Greece the Bulgarians’ biggest
anti-Ottoman rebellion broke out. It lasted for 3 months and ended up in
failure due to the prevalence of the Turkish army. Part of Bulgaria, which was
already free at that time, was unable to help the rebels. This factor, as well
as the following Balkan wars, WW I and WW II resulted in separation of these
territories from Bulgaria. Later, for a number of reasons the local elite in
Macedonia started developing national consciousness on anti-Bulgarian basis
with the support of Royal Yugoslavia and Greece.

It came to the point that the local
Communist regime started imposing anti-Bulgarian consciousness on the local
Bulgarians. Moreover, Macedonia claimed that the rebellion against the Ottoman
Empire was committed by Macedonians and that Bulgarians had nothing to do with
that. I think if Armenia’s leadership regularly neglects the interests of
Karabakh people, one day people in Stepanakert may say, “We are not Armenians
and we have nothing in common with Armenians and we won the Karabakh war, not
Armenians. This is what is being observed in Macedonia now. On the threshold of
2 August 2014, Greek Prime Minister Antonis Samaras declared that the
Macedonian language is a dialect of the Bulgarian language and that the nation
of the Macedonians and their language were invented by the Communists in the
1930s.

Let’s talk about the parallels.

If the Karabakh Armenians have not
yet separated from the rest of Armenians, a big role here belongs to the
presidents Robert Kocharyan and Serzh Sargsyan, who came to power as victors of
the Karabakh war. But I can assure you that if Levon Ter-Petrosyan had remained
at power, the process of separation would have started long ago. I have been to
Karabakh twice. I paid my second visit there as an observer at the presidential
election in late July 2012. I can say that unlike the Armenians of Yerevan, the
Armenians of Karabakh have no strong pro-Western sentiments. As soon as Armenia
takes the course for the West, separatist sentiments will arise in Karabakh.
The residents of Artsakh will cease taking into account the interests of
Armenians worldwide and will be geared to Russia.

In other words, do you observe
pro-Russian sentiments in Karabakh?

Yes, I do. They even speak Russian
better than the residents of Yerevan. I have recently attended a CSTO event and
I was very much surprised at the fact that the Defense Ministry representatives
spoke Russian worse than English. It was obvious that they attended training
courses in the United States or in Great Britain or in any other
English-speaking country. This already demonstrates the replacement of the
value system. I think this fact cannot help causing certain concerns for the
future of Armenia, because I consider Armenia’s eventual commitment to the West
and the breach of relations with Russia to be disastrous. Armenia may
experience the same developments as in Ukraine, because most of the Armenian
people will put up with the breach of relations with Russia under no
circumstances.

Can one expect resumption of
military actions in the Karabakh conflict zone in the near future given the
frequent ceasefire violations?

I
think the second Nagorno-Karabakh war is inevitable. Armenia should get ready
for the second war at least in order to avoid the third one. Azerbaijan is
actively arming itself. If there is a gun hanging on the wall, it must fire one
day. If Azerbaijan is actively buying arms, it will use them sooner or later.
Rich as it is, Azerbaijan is full of social-economic and religious
contradictions. The conflict between Islamist and pro-Western moods may result
in political unrest and collapse. So, the best way for the Azeri authorities to
avoid this is to provoke a new war in Nagorno-Karabakh. On the other hand,
Azerbaijan will not be able to win this war.
But under current circumstances, even a small victory and a
compromise-based peace will be enough for the Azeri authorities as they will
convince their people that it was a big win. So, the Armenian army must be
ready for military provocations and must do its best to win the new war so as
avoid any concessions during subsequent peace talks.

How would you explain the escalating
tension on the Armenian-Azeri border?

The
key reason why more incidents are being recorded on the contact line is growing
tension inside Azerbaijan. The same is going on in Ukraine, where local
authorities are availing themselves of ongoing war to rob their people.

How would you assess the fact that
Azerbaijan initiates the provocations but the OSCE Minsk Group’s statements are
addressed to both parties?

The representatives of all the three
co-chair countries of the OSCE Minsk Group speak and behave like professional
diplomats. I suppose it is no secret that the public opinion of these three
superpowers is in Armenians’ favor. These are the countries where Armenians
found refuge after the genocide. One can also understand Baku’s regular
protests against the OSCE Minsk Group’s decision and the Co-Chairs’ behavior.
Baku has clever people who realize that these three mediators represent the
countries whose major part of the society feels sympathy for the Armenians. I
think Armenia has no reasons to worry about the OSCE Minsk Group’s steps.

What can you say about the
Armenian-Turkish relations?

I
think that Ankara is concerned about opening of the Armenian-Turkish border not
less than Yerevan, as it will become a push for development of the eastern
regions of this country. This will become a push for development of the eastern
regions of Turkey where Kurds have been chiefly living in poverty. As a result
of complex social conditions in these regions of Turkey, emigration is growing
and these territories clear. As Turks scare the Armenian revenge and
devastation of the territories at the border to Armenia is not beneficial to
them, and social and economic development of these regions plays into Ankara's hands.
Taking all this into consideration, Turkey will soon open the border to
Armenia. At the same time, one should take into account the growing
disagreement between the prime minister and the future president of Turkey
Recep Erdogan and President of Azerbaijan Ilham Aliyev, as the latter still has
been vibrating between Erdogan and the Suni priest Fethullah Gulen, which has
been ruling the Turkish foreign policy much.
In such a situation, I think that
especially on the threshold of the 100th anniversary of the Armenian
genocide, opening of the border will promote mellowing of the situation and
raising of Turkey's rating in the eyes of the world community.

Does it mean that you do not rule
out opening of the Armenian-Turkish border till 24 April 2015?

Yes, it does. I think that the
border will be opened even earlier..

What is the reason of Erdogan’s
statement made on 23 April 2014 in which he expressed condolences to successors
of the victims of the tragedy at the beginning of the 20th century?

There
is such a tendency in Erdogan's policy. This is a mellow approach in order not
to disturb Turkish nationalists, on the one hand, and on the other hand, to
start a fluent approach to the dialogue with Armenians and the world community.
Erdogan is not fool and understands that if he goes on worsening of relations
with Armenia in general, and with the Armenian Diaspora in particular, in that
case, he will not be able to lot upon effective relations either with Russia or
France and the USA  or other superpowers,
where the influential Armenian Diaspora lives. Even during the Karabakh war,
Russia and the USA were supporting
Armenia. Yes, Russia may arm Azerbaijan, but if Aliyev has got so much
money, he will find the way to purchase weapon, if not from Russia, but from
Ukraine, Belarus and other CIS countries.

Is recognition of the Armenian
Genocide by Turkey possible in the near future?

No, it is not.
Turkey will not recognize the Armenian genocide on the threshold of its 100th
anniversary, but certain revision of the Turkish position regarding the events
at the beginning of the 20th century will take place by the 24th April. Ankara
will not be as radical as today. I think that the future president of Turkey
Erdogan will not accept Armenian president's invitation to visit Yerevan on 24
April 2015. If he makes such a step, he will come across big problems in his
country from the side of Islamists and nationalists. I think that it is still
early to make such a step. Erdogan cannot let himself make such a step because
of the local reasons.