Samvel Farmanyan: To make progress in the negotiations, the parties should sign a treaty of the non-resumption of military action 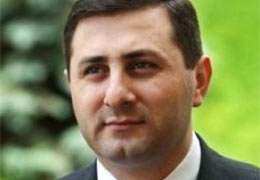 There
has been much talk about deteriorating Armenian-Russian relations that have
resulted in the rising gas price. Do you agree with those statements?

Energy sources have always been of extreme
importance in the geopolitical and geo-economic processes. Over the last twenty
years, this has become more visible in our region and to us.  As one of the countries having the largest
oil and gas resources in the world, Russia, naturally, has been trying to gain
as much profit from its resources as possible over the last years, which is
quite legitimate. Therefore, it would be naive thinking that Russia should not
pursue geopolitical goals when supplying energy sources to friendly and partner
counties. Besides the geopolitical factor, there is also economic factor that
is, probably, the primary one nowadays. After all, gas is a product that is
expensive in the global market. No matter what country exports gas, the tariff
generally depends on the given two important factors.

As for the Armenian-Russian relations,
I’d like to recall that Russia has been exporting gas to Armenia basing on the
Armenian-Russian strategic partnership for long years. It was under presidency
of Serzh Sargsyan that Russia began emphasizing the energy policy as an
important lever of its foreign policy. Now, Russian gas tariff it not the
highest comparing to other countries.

I think the negotiations for the gas
tariff have always been based on the given logic: Armenia understands that
Russia cannot determine the gas tariff only on the basis of its geopolitical
interests and the strategic alliance with Armenia neglecting the economic
factor and its friendly relations with other countries it exports energy
sources. Instead, Armenia expects Russia to determine a special tariff for
Armenia given the special relations with our country and negative impact of the
price hike on our social and economic life. I think, Russia, in turn, agrees
that the gas tariff cannot but be adequate to the special relations with
Armenia and has certain political expectations from Armenia.

In
the context of the new gas tariff and other factor, the Armenian-Russian
relations are said to be not as good as before. Instead, the relations with the
EU, and generally, with the West, have improved recently.

As for the relations with Russia and the
EU, there are no contradictions here. Such talks and questions have become
quite frequent recently ahead of the Vilnius Summit. Now, when Armenia is
completing the negotiations with the Association Agreement, many perceive the
Agreement as a blow over the Armenian-Russian strategic partnership. Our
relations with Russia are so deep and significant that Armenia will never develop
relations with other power centers at the expense of the relations with
Russia.  Why? This is because we are in
the same security system with Russia, which is a strong and, at present, the
only security guarantee for Armenia. In such explosive region Armenia can in no
way endanger its security guarantees. Fortunately, in the relations with the
EU, Brussels has never displayed any approaches that would set a choice before
us.

Armenia, in turn, pursues its interests
as an independent state. Our relations with the EU are important and no one can
argue that during the first term of President Serzh Sargsyan those relations
attained new quality and reached a level that even the most active supporters
of rapprochement with Europe could not imagine years ago.  The successful negotiations for the
Association Agreement and the new agenda of the Yerevan-Brussels relations are
mutually obliging.

There is no progress in
the Karabakh peace negotiations. Do you have any expectations from the process
for the short-term outlook?

A breakthrough in the process till the
end of the year is not realistic, at least, because of the upcoming
presidential election in Azerbaijan. Negotiations are going around in a circle
and it is Azerbaijan that is responsible for that. Cult of power, trigger-happy
policy, this is what has become a priority for official Baku. Such policy
implies xenophobia, enmity, unexpected distortion of historical facts etc.

In such situation, a starting point for a
breakthrough in the negotiations is confidence building between the parties.
The parties need a treaty on non-resumption of military actions or on non-use
of force, or at least a similar agreement in terms of a statement. Without
confidence building between the parties, first of all, Karabakh and Azerbaijan,
any solution, even if forced by the world community, will remain on paper.

We are in a no war no peace situation
now. Azerbaijan still breaches the ceasefire neglecting the documents it has
signed and the efforts of the international mediators.

It is not a secret that
Azerbaijan blames Armenia for non-constructive position and the OSCE Minsk
Group for insufficient measures in the negotiation process.

The OSCE Minsk Group is doing its best.
The mediators cannot adopt political decision or achieve mutual agreements
instead of the conflicting parties. Azerbaijan blames the Minsk Group with the
only goal to show that lack of breakthrough in the negotiation process is
connected with a factor that does not exist. It is obvious, however, that it is
part of Azerbaijan’s propaganda. The world community, first of all, the
mediators are well aware of the real state of affairs.

As for the allegations against Armenia,
they are absurd. Armenia has been extremely consistent and open throughout the
process pursuing peaceful resolution of the conflict. In the meanwhile,
Azerbaijan has been threatening with forced resolution of the conflict even at
the most active stages of negotiations. However, there is no solution to the
conflict by force and in Baku they are well aware of that. It turns out that
they have led themselves to a stalemate.