N. Patrushev: There is enough force and funds to provide security of Armenia 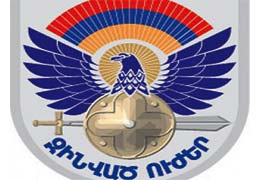 There is enough force and funds to provide security of Armenia and there is no reason for concern, Secretary of the Russian Security Council Nikolay Patrushev told media in Yerevan, Tuesday, when commenting on the latest sale of Russian arms to Azerbaijan.

Patrushev said that Russia supplies weapons to Azerbaijan to fulfill its international agreements, which is not illegal.He spotlighted that Armenia and Russia are strategic partners.

"Visiting the Russian military base No.102 in Gyumri, Armenia, we made sure that our soldiers, frontier- guards reliably protect the security of Armenia. We don't doubt in it," Patrushev said.

On June 15 reports on the supply of military hardware to Azerbaijan by Russia flooded Mass Media. The military hardware being supplied to Baku is worth between $700 million and $1 billion and includes 94 T- 90S tanks, about 100 BMP-3 infantry fighting vehicles, 18 Msta-S howitzers, 18 Smerch rocket launchers, 18 Vena "floating mortars," and six TOS-1A Solntsepek multiple launch rocket systems. Only in 2010- 2011 Russia supplied arms in the amount of nearly $3 billion to Azerbaijan.