The Budagyans' lawyer: Those, who are blamed for Avetik Budaghyan's death, and those, who promised to get them off, will fail 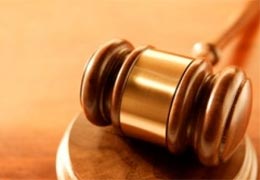 Those, who are blamed for Avetik Budaghyan's death, and those, who promised to get them off, will fail, as we are not going to be satisfied with the results of a performance  demonstrated to all of us as an investigation, Artak Budaghyan's lawyer, Hayk Alumyan, told Arminfo correspondent.

"Just for this reason we insisted on taking Artak Budaghyan's case to court.  We could easily gain dismissing the case, as representatives of the opposite side expressed readiness to abandon their complaints. Moreover, Artak Budaghyan could be amnestied. But we refused all these proposals, as we intend to gain investigation of the case on Avetik Budaghyan's death. Taking into account the fact that the case on the true culprits of Avetik Budaghyan's death was dismissed, we are going to win justice and investigation, at least through the case initiated against his brother Artak",- the lawyer said.

He also added that during the investigation of Artak Budaghyan's case, they are simply obliged to show who is who in this dark story.

To recall, Litska (the nickname of the former governor of Syuniq) is famous for participation in early June 2013 in a tragic incident which resulted in death of the late mayoral candidate of Goris, Avetik Budagyan, and serious wound of his brother Artak Budagyan, colonel of the Armenian Armed Forces. The fire took place near the governor’s cottage. His 19-year old son Tigran Khachatryan and 25-year old bodyguard Zarzand Nikogosyan were arrested and accused of murder, intended bodily harm and illegal weapons-bearing. However, three months later, on September 7th, they were set free, and criminal investigation was stopped, as investigator Aleksan Kazaryan decided that their behavior was self-defense.