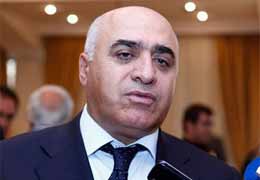 The Embassy of the United States in Armenia has sent Armenian businessmen messages urging them to refrain from contacts with Russian companies as this implies additional reputational risks, President of the Union of Manufacturers and Businessmen of Armenia Arsen Kazaryan told journalists on Thursday.

He said that such messages are being distributed all over the world.  "Let's not panic. I don't think our companies will suffer in any way.  Our subsidiaries of Russian banks cannot be affected by the sanctions as they are separate legal entities, earning money and paying taxes in the territory of Armenia. Our businessmen have not frozen their plans, are not worried about the sanctions and continue working as usually," Kazaryan said, noting that Armenia is interested in improved relations between the world community and Russia.

In its message the US Embassy calls on all companies to consider the reputational risks they may face as a result of joint business with sanctioned physical and legal entities from Russia and to stop any contacts that are contrary to the sanctions imposed by the United States and other countries. The Embassy warns that non-Russian companies may also face sanctions if they provide material support to sanctioned companies and individuals.