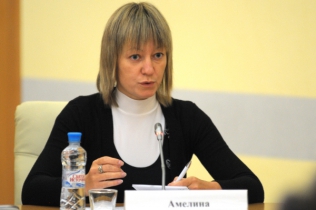 What
prospects does the Nagorno-Karabakh peace process have for 2015 considering the
all-time high tension on the Armenian-Azerbaijani border and no progress in the
peace talks in 2014?

The upsurge
of tension on the Karabakh-Azerbaijan border in August was not unprecedented
for that conflict history, though casualties and destruction of military
hardware is a disaster. Such developments amid unfavorable conditions in the
region may spark resumption of full-scale military actions. It is another
matter that no developments that would inevitably lead to upsurge
of tensions in the region have happened in the outgoing year. The negotiation
process is stuck as much as in the previous years. This happens when there is
no subject for negotiations. 2015 will bring neither diplomatic nor military
breakthroughs in the Nagorny Karabakh conflict. As the situation both in the
region and in the world is becoming more uncertain and unmanageable, the
Karabakh conflict may grow into war rather than get a political solution.  Unfortunately, such trends have been
observed throughout the outgoing year and will continue, if not grow, also in
the visible future.

In 2015 Azerbaijan will spend 18% of its budget or $5bln on military
purposes. How expedient is it for the Kremlin to continue its arming policy
with respect to Armenia and Azerbaijan considering the fact that for people in
Armenia this remains the thorniest issue?

In 2015
Russia will go on selling weapons to both the parties to the Karabakh conflict
on a parity basis.  Not worsening of the
economic conditions is the reason of such a policy, but Moscow's aspiration to
preserve status-quo in the region. At the same time, I think in general, the
Russian policy in the Caucasus is characterized by a stereotype and
non-readiness for the unexpected steps in any direction.  Moscow is unable to use the so-called
"soft force" for the gradual changing of the public opinion in any
state, for instance, in Azerbaijan, in favor of itself. So, radical changes are
impossible at the moment.

Russian-Turkish
relations have risen to a completely new level, which looks as all but economic
cooperation in the light of the global confrontation between Russia and the
West. What can this progress bring to Russia and Turkey and also to
Armenia and Azerbaijan?

The
Russian-Turkish relations have been gaining the nature of the strategic
partnership, including in the political sphere. Certainly, this does not mean
that Russia will abandon or revise the allied obligations to Armenia, or
immediately turn towards Baku. The South Caucasus as well as North Caucasus
have always been a zone of the exclusive Russian interests, and later  Turkey will be forced to take this into
consideration. The wish of Russian and Turkish experts to have such development
of events reflects deep aspirations of major part of the Russian and Turkish
communities. As for historic vestiges of the past, they should not and do not
affect the current policy. It would be better for some Russian politicians to
take their cue from Erdogan in the matter of protection of the national
interests of their country. It is too early to say that nothing mars the
inter-state relations, especially if we take consideration the fact that some
separatists and radical islamists, fighting Russia, including directly at its
territory, found shelter in Turkey. He I would like to point out holding of the
"Caucasus conferences" in Istanbul in 2012 and 2014, as well as the
"charitable" organization Imkander, which gathered the most active
anti-Russian activists, representatives of the Caucasus Diasporas living in
Turkey. All this is not directly supported and at the same time, is not banned
by the authorities. In this context, Moscow has a right to demand from
Ankara tightening of the position regarding the enemies of Russia.
On the other hand, the Russian-Turkish rapprochement in the matter
of drawing out the general foreign political course, directed at
contradicting the Western, first of all, the American attempts to
impose pressure upon Russia and Turkey, maybe welcomed.

The
Russia-West confrontation seems to grow with every coming day. Do you
anticipate any improvements in 2015 given the emerging trends in the EU
countries?

The time of
ambivalence of the post-Soviet countries between the theoretically
possible "geo-political partners" has finally come to an end. The
transition of the Russian-American  confrontation to the maximally
harsh stage deprives the regional actors of the width of maneuver. The time of
the absolute geo-political clarity has come. However, I think that everybody
will gain from that. The immoral policy of "having foot in both
camps" which is shamefully called a "multi-vector" one, has
never had good results. Confrontation between Russia and the USA has almost
come to a head. And the West, in its American image, has finally tear the mask
of a kind uncle, that teaches democracy irrational native community, from
itself. The final goal of the Western pressure upon Russia is liquidation of
the latter, at least, as a sovereign state. And slops as well as declension are
hardly possible on this way. As for Europe, its policy is so much subject and
depending on the American one, that there is no sense to discuss it separately.

Who might
be the organizer of the Dec 4 act of terrorism in Grozny? Who may be interested
in one more shock in North Caucasus?

The attempt of destabilizing of the North Caucasus is in
favor of Russia's geo-political opponent and rival - the USA which is
indirectly behind the bloody action in Grozny. However, at present we live
neither in the nineties nor in the year two thousand. And the USA will be
forced to give up on the projects of "the Caucasus explosion" the
sooner the better for everybody. It is obvious that the radical-islamist
terrorist underground is blamed for the terrorist act in Grozny, as a result of
which 14 policemen died. For the last years the law-enforcement bodies
succeeded in confronting the radicals, major part of which and their potential
reserve went to war in Syria and Iraq. Nevertheless, undoubtedly, it is too
early to say that such a danger has been fully removed from the agenda.
Extremists have managed to demonstrate their potential even in such a
militarized republic like Chechnya, which strictly understands the danger of
the islamist radicalism. I think serious conclusions will be made from the event
not so much in Chechnya as in some other republics of the Caucasus and Volga
region, where an unhealthy tendency of secrecy of the real problems has been
again developing for the last years. The denial of complexity makes their
settlement impossible. This will have very much negative consequences.