Representative of US Department of State: The U.S. Government's position on Nagorno-Karabakh has not changed 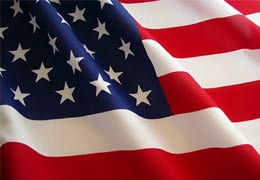 The United States remain committed to helping all sides reach a lasting agreement to the Karabakh conflict, and that's what we've said for a very long time, the Deputy Spokesperson of the State Department Marie Harf stated this at the course of the daily press briefing, as the official website of the U.S.  State Department reported.

Responding the query of a journalist on the fact that tonight the Armenian embassy and the congressional caucus on Armenian issues is hosting a reception at the Rayburn House Office Building and this is going to be to mark the anniversary of Nagorno-Karabakh's independence, and it will feature the speaker of parliament, Harf noted:

"The U.S. Government's position on Nagorno-Karabakh has not changed. So while Congress certainly is free to have events like this, and we don’t have a position one way or another on what the Congress does in terms of these kind of events, our position hasn't changed."

Another question was also raised at the daily press briefing on the Armenian genocide recognition. A journalist recalled that candidates from both parties have long run on a platform that includes a demand that the Turks recognize that - the Armenian genocide. And once people get into office, they change. Ms. Harf gave an evasive answer saying: "Our position on this is the same."