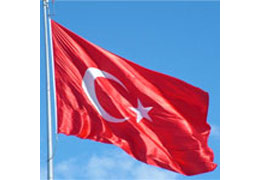 Officials in Ankara have cautioned against high expectations for Turkish Foreign Minister Ahmet Davutoglu's upcoming visit to estranged neighbor Armenia, but indicated that there was a chance for "normalization" to follow in the future, according Hurriyet Daily News.  Even if it does not yield any concrete outcomes, the trip will still mark a watershed, as it will be Davutoglu's first visit to Yerevan since the failure of efforts to normalize ties four years ago, the paper writes.

The Dec. 12 visit will take place on the occasion of a meeting of the Organization of the Black Sea Economic Cooperation (BSEC), so is not a bilateral initiative. However, it is still attracting attention as it will be the first meeting since October 2009, when moves to open diplomatic ties and reopen the border failed.

Turkish officials, speaking to the Hurriyet Daily News on Dec. 9, said it was still not clear whether Davutoglu and his Armenian counterpart, Edward Nalbandian, would hold a bilateral meeting on the sidelines of the BSEC gathering.

"We are not going there with a specific proposal," a senior Turkish diplomat told the Daily News, in an apparent reference to several news reports in the Turkish media suggesting that Turkey would offer a proposal to the Armenian side in exchange for reopening the border. "Furthermore, such a proposal would also be premature and wrong," added the diplomat, speaking on condition of anonymity.  "However, if such a bilateral meeting takes place, we will explain our vision with regard to regional peace, including normalization of our bilateral relations. Then, the steps that could be taken may come on the scene," he said.

Meanwhile, officials also said Davutoglu had no plans to visit a monument dedicated to the memory of the victims of the Armenian Genocide.

"The minister is going to Yerevan within the framework of a BSEC meeting. Visiting the monument is not on his agenda," the diplomat said.