Igor Popov: Nagorno Karabakh should return to the negotiating table at a certain stage 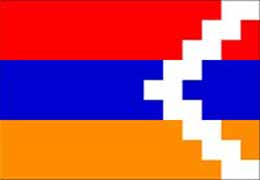 The diplomat supposes that after the work on the basic principles is completed and when it becomes clear what further steps should be taken, it will be possible to discuss Nagorno Karabakh's return to the negotiating table.

He said they are currently discussing the problem of regular incidents on the line of contact and possible measures to prevent them.

Journalists asked the US Co-Chair James Warlick to explain the statements he had recently made in an interview with the Voice of Armenia Azerbaijani Service and Turan News Agency regarding Turkey's possible role in the Karabakh peace process. In Stepanakert, Warlick told reporters that he could not speak on behalf of Turkey, but if Ankara is willing to make its contribution to the process, its participation should contribute to peace and stability in the region. However, reporters recalled that Ankara supports Azerbaijan in the Karabakh conflict and has never denied that fact. In response, Warlick just assured reporters that the co-chairs are making genuine efforts to achieve a comprehensive solution to the problem. The US diplomat also said that the Armenian-Turkish relations bear no relation to the Karabakh peace process.