Isabella Muradyan: The Government of Armenia has never concealed that it does not know what will be the developments in aviation area 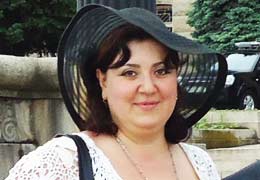 On
Friday, 13.12.2013, the press has reported extensively on your care from a
meeting with reporters, as your inability or unwillingness to answer the
question on the free sky issue. Since the Russian-language press question
almost was not discussed, can you explain what about your meeting was and why
you did not answer the question about free sky?

At a meeting with journalists, I tried to
summarize the government activity results in the field of aviation within the
year. Results known enough and are quite deplorable.  This is the collapse of the institution of the
national carrier and the creation of the most severe conditions for the
development of civil aviation. Substantially complete government inaction would
be far more useful than contradictory and inconsistent activity which
introduces confusion in the relationship of the communicating parties. In this
connection it is interesting that the government has never concealed that does
not know what will be the developments in aviation area , although not problems
was resolved not as a result of a global cataclysm , but as a result of
processes lasting many months and even years . Therefore, it seemed wrong to
let that discussion with journalists took the form of the controversy
surrounding some issues that I think are the tasks of professionals. It is
known that various solutions of professionals differ in varying degrees of
efficacy results, rather than a failure in general for all results. As a member
of the public council, I believe that the activity of the society must be shown
not to attempt substitution of functions of professionals nominating good
decisions, but to identify socially significant goals and monitoring the
effectiveness of implementation.

What
exactly are goals of public council besides saving a / c " Armavia "
and why you think that the death of "Armavia" is the result not of
bad management of the company,but namely the result of inconsistent and
contradictory actions of the government ?

Public Council was aimed at saving the
national carrier Institute and the development of aviation in general, and
never a particular company. We talked about the fact that Armenia and Armenians
need their native pilots, and other aviation personnel, its own aircraft repair
base, its own policy in the organization of routes. State intervention in these
issues was controversial, because one hand they don’t implement free sky
concept, that is accepted by many professionals in the world , and which does
not mean abandoning the national carrier, on the other hand leaving a / c
" Armavia " at the status of the national carrier they denied it’s
request in preserving parities to major routes , which included it in heavy
competition with numerous foreign carriers .

If the government, like the pros do in many
countries felt that there should be free sky and open relationship with the
base airports, it was not necessary to restrict the routes of other airlines
and oblige "Zvartnots" airport to make discounts to “Armavia”. If we
assume that the national carrier should have benefits and discounts, as do
professionals in other countries, it was necessary to ensure the completeness
of the advantages to give subsidies to replace “negligent " management,
take state control of the national carrier. However, was done neither the one
nor the other. Aircraft fleet of a / c " Armavia " stood idle since
April , professional staff left without work and parted , and the government
did not even statements , why in September 2013 did not appear promised three
national carrier.

On
your page of Facebook you wrote that were unhappy with some questions of
journalists. Could uyou clarify what you saw in the reprehensible ask you a
question : " Does the government have deceived the people? "

Of course the problem is not in question,
but in a change of priorities and the substitution of concepts, which in this
matter sounded. With this substitution we meet constantly. Public concerns the
fate of the Armenian aviation tried to imagine as the fate of particular
concern of " Armavia " . Under the guise, everyone forgot about the
institution of the national carrier, the fate of the national aircraft fleet,
staff, etc. . Now, instead of requiring decisive or at least promised action,
begin to discuss whether there are idle malice, as if otherwise - all would be
well.

I mentioned to journalists that at the meeting
10.12.13. chaired by the Head of the Department of Civil Aviation A. Movsisyan,
I again had to deal with the substitution of concepts already in the issue of
the demolition of “round” building of a / p "Zvartnots" . Today we
have only one major aviation enterprise, it is company " Armenia
International Airports" (AIA) . During the activity this company have
build a new passenger terminal pretending to Transcaucasia hub for
intercontinental traffic. Clearly, otherwise the terminal capacity of 4.5 million
passengers cannot be used by passenger traffic of republic. To achieve the
goal, to be attractive as an international hub, AIA had changed not only the
building but also all the technological systems of the former airport, the
lighting system , runway , etc. The results of work in 2013 were valued at the
international competition, which recognized renewed Zvartnots as the best
airport in the FSU countries.

Today, the government confronts the task of
reconstructing the old airport building, although the company currently does
not see in it, neither technological nor economic prospects. It would seem that
the government had to look for ways to create attraction of using the old
airport building, or take on the burden of economic risk by investing its own funds.
So no, in this case the government is manipulating the public opinion, as a
means of pressure on the business. However, the public interest in the speedy
development of our aviation infrastructure is no less than the preservation of
monuments of architecture, which is the exclusive task of the state. The degree
of development of the aviation infrastructure affects our survivability in the
event of disasters or new extension of the blockade.

Our government spending huge sums sometimes
on extravagant projects ( buying 2 toilets costs dozen light aircraft ...) ,
should not be coveted by means destined for expansion of aviation
infrastructure , trying to take them from the high level developed enterprise,
which sole support was the only way to close the holes encountered in passenger
traffic after the fall of the national carrier .

Uncertainty and substitution notions of the
goals make public opinion just a tool for manipulation.