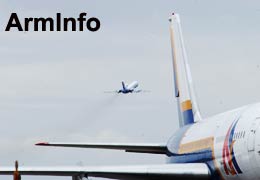 Direct flights between Van and Yerevan have been canceled before they even began operating. BoraJet, the company handling the flights, canceled the agreement after a low number of passengers during preliminary flights, Deputy Governor of Van Mehmet Yuzer said, Hurriyet Daily News reported.

According to the agency, the decision was made on March 28 by Turkey's General Department of Civil Aviation.  However, an Armenian tour agency, Narekavank, issued a statement March 29 saying that it was the Turkish aviation authorities who suspended the first flight between Yerevan and Van.

Turkey's Directorate General of Civil Aviation declined to comment and BoraJet officials have said the reason for the cancelation were passenger numbers far below the capacity of the flights.  Yuzer also said the Directorate did not inform them of any such issue and that the decision was made only by BoraJet.  "We were not informed by Turkey's Directorate General of Civil Aviation to cancel the flights. The necessary permissions were already granted by Iran and Armenia,"
Yuzer told the Hurriyet Daily News on March 29 in a phone interview.  The flights were planned to operate on April 3, despite closed borders between the two countries, marking the first of their kind for Turkey's eastern cities.  Ayanis Travel Agency from Van said they were disappointed by the cancelation as they had made campaigns for the upcoming season.  Abdullah Tuncdemir, the director of Ayanis Tourism Agency, said this was an important step to reviving the
economy in the region.  "The Armenian and Iranian markets are so close to us but for years we did not have the chance to open the doors for these countries as locals. We had arranged our package tour and they are all in vain now. We avoid politics here, the reason is only trade, economy and the peace between people," he told the Daily News by phone.