Newspaper: Armenian authorities are ready to make concessions in matter of Vano Siradeghyan's return to Armenia 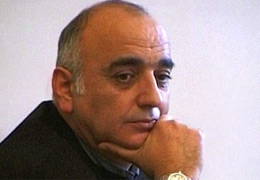 The source says that the circles close to the authorities have discussed this issue suggesting that the authorities are ready to make concessions provided Siradeghyan returns and goes to jail for some time.  "The trial will be resumed and impartial investigation will be conducted", says the newspaper.

To recall, Siradeghyan is charged with organizing a number of murders and attempted murders from 1992 to 1994. Following the resignation of the first President of Armenia Levon Ter-Petrosyan in 1998, the investigation of the murders intensified and the defendants claimed that all the murders and attempted murders had been committed by Siradeghyan's instruction. In 2000 Siradeghyan fled Armenia and has been internationally wanted since then.